I have an interest in the Total Solar Eclipse, particularly both the Shadow Bands and possible Anomalous Gravitational Effects. I made a small effort to video the Shadow Bands, but may have inadvertently captured some Gravitational Disturbances. At both the start and end of Totality, the video picture blurs and distorts noticeably, and then recovers quickly. The camera was on a small tripod on a reasonably stable position. A quite strong gust of wind about 30 seconds after Totality can be seen and heard, but this caused absolutely no movement of camera or capture area. Just the shadow of a thin palm tree about a meter away moves in the breeze.
The Camera is a Samsung  VP MX10 model which has Electronic Image Stabilization or EIS. I Have located the Service Manual and found that this model is fitted with a gyro. It is this gyro being disturbed, which may have caused the recording  of a Gravitational Anomaly similar to that found by Maurice Allais in the 1950s. The camera User Manual says to turn the EIS off when using a tripod, but I was not aware of this at the time. It was definitely turned on, as was auto focus.
I have just over 10 minutes of video, complete with the sound. About 5 mins before and 3 mins after Totality. The camera was set to record at a high quality rate. I remained within a meter of the camera, but did not watch the capture area. A heavy cloud obscured the Eclipse during Totality so I did not expect to see any Shadow Bands. Surprisingly, the video has captured interesting images at the time when the Shadow Bands should have been visible. This is a "seething" or "swirling" of distinct red and green in focus. When viewed frame by frame the image appears to jump side to side at almost the same rate as the video, 25  frames per sec, and about the same distance as Shadow Bands I have seen pictures of. About 250mm.
The video has not been edited so is quite boring except for anyone interested in Shadow Bands. It is quite a large file at about 340Mb. It is best watched on a large TV screen in a dark room.  It can be accessed at this youtube link.    https://youtu.be/9ZJIcdKgZIY

The following was written just after the Eclipse.

The cloud cover was a problem. At my location a small thick cloud chose to block Totality "totally." I was able to get glimpses leading up to totality and could see the daylight diminishing noticeably. A few seconds after totality the clouds moved away and I had a clear view for about half an hour, and then a bit patchy until it was all over.

I had an an old artists frame reversed with the off white calico  set up on my balcony with a video camera aimed at it to see if I could get some images of the shadow bands.I doubt that I got anything, but I will enlarge the images when I get home and have a good look.

Totality was amazing. I would describe the visibility as about the same as a clear starlit night. A hill about 1/2 kilometre away was just an outline visible against the distant sky. The speed that the light changed from low light to dark was incredible. It was instant. There is a flash of light just at the start and finish of totality. This flash was clearly visible through the cloud. Much brighter than I would have thought. More like focused sunlight. Or lightning. My video doesn't appear to show this at all.

My impression of this flash is to compare it with a house light switch, when the switch opens or closes at the high voltage part of the AC cycle. It has been my opinion for some years that the Black Disk is a disturbance to atmospheric electric light creation, and these flashes are moving switches at the leading and trailing edges of Totality.

There is another similar flash of light. Not much info to be found. There is apparently a green flash at sunset, or last light. Only visible occasionally. This may also fit my theory of atmospheric light creation. That there would be an effect corresponding to the Total Eclipse, at the beginning and end of each day. Being at the outer area of the Sun's influence, this effect would likely be much less clearly defined, possibly of shorter duration, and maybe in a noticeable colour  frequency.

I went down to the beach for the first 1/2 hour. There were a lot of people watching. Then I moved back to my balcony about 150 meters back from the beach. At Totality there was quite a loud cheer from the crowd. A bit like some Pagan ritual. 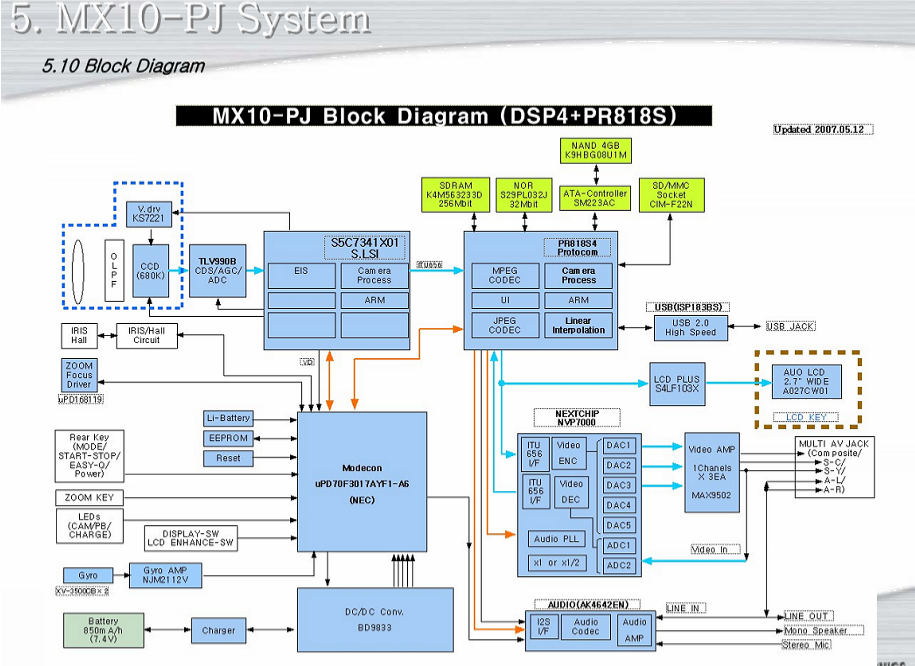 The video camera has 1 gyro.